I have to write an educational issues paper for one of my classes this semester at WSU. Here’s my topic proposal:

The National Council of State Boards of Nursing (NCSBN) study, a national, multi-site, longitudinal study of simulation, found that substituting simulation for up to 50% of  students’ traditional clinical experience in pre-licensure nursing programs was as effective as traditional clinical learning and did not affect National Council Licensure Examination (NCLEX) pass rates or clinical practice (Hayden, Smiley, Alexander, Kardong-Edgren, & Jeffries, 2014). These findings lead to the NCSBN recommendations for simulation programs, supported by The INACSL Standards of Best Practice: Simulation and the NLN Vision Statement on Simulation in Nursing Education (Ackermann et al., 2013; Alexander et al., 2014; NLN Board of Governors, 2015). These publications are being used by state boards of nursing and other governing bodies as a framework for simulation programs at schools of nursing. As a result simulation is growing to be a complex, potentially regulated method of teaching that will influence nursing students programs across the nation. My proposed topic will be a review of criteria and standards that nursing programs can use to develop robust, evidence based simulation programs that will be compliant with potential regulations and requirements of state boards and accrediting bodies.

In thinking about this topic and my approach to the issue, I think that one thing that really drives the “issue” part of it is the ability for schools of nursing to meet the various criteria that state and national agencies are setting forth. Robust, effective simulation requires extensive preparation, training of personnel, technological support, equipment resources and solid theory based teaching-learning understanding that many community colleges are not equipped to meet. And it’s community colleges that are feeling the squeeze for clinical sites the most.

NLN Board of Governors. (2015). A Vision for Teaching with Simulation. NLN Vision Series, (April).

One more test to go, Certifed Nurse Educator. To be taken in May.

Self-reflection is key for the learner in simulation and nursing. As a simulation facilitator, I also must engage reflective practice. 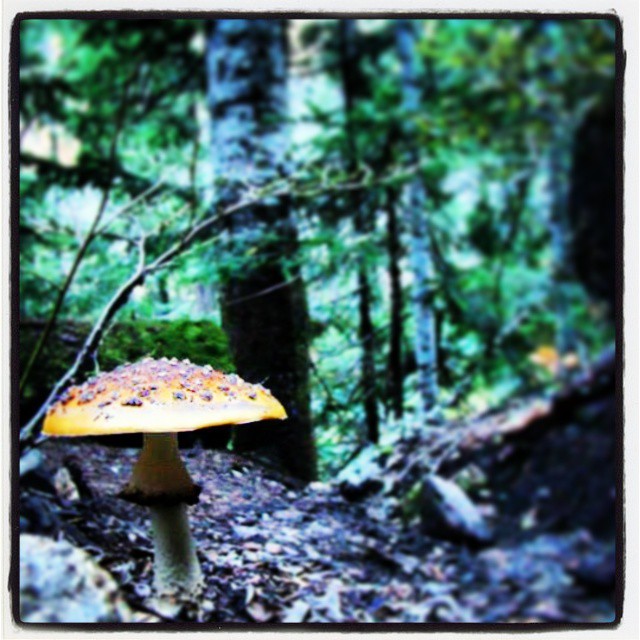 I have started reading Feedback in Higher and Professional Education  edited by David Boud and Elizabeth Molloy. Before I dropped it in the tub (because that’s where all the best reading happens) I had already begun to think about feedback differently.

First of all, when an educator grades and provides “feedback” to an assignment, it is a very one-way process. Optimal feedback is a conversation. In the world of adult learning theory, contructivism and heutagogy, it should be learner centered and directed. Of course learners do not always know what they do not know-that is in many ways, the goal of the educator as guide/mentor/facilitator. So when giving feedback, I think, even on assignments, the educator must first reflect on what the learner needs, not on what the educator thinks they need. Or assumes.

In simulation, debriefing is meant to be a self-reflective  process, driven by the learner. But it can be difficult for those of us used to being the “teacher” in the room to allow the student to elicit the specific feedback he or she feels they need. I struggle with it often. I do try to ensure that by the end of the session, the key learning objectives have been met and any misinformation, or grievous errors clarified. But I will admit I tend to let the minutae go so that students will absorb the feedback they are open to. I am going to try to adapt my technique to be more mindful of that perspective and see how that changes the effectiveness of my debriefing. 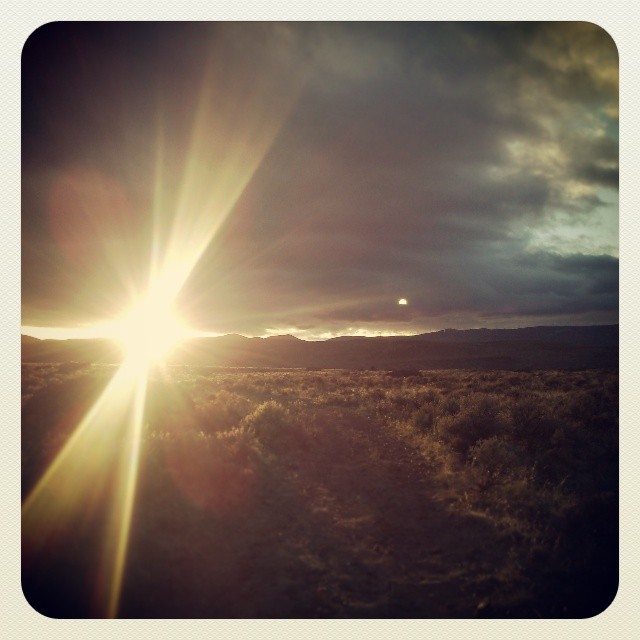 The last post was very focused in response to an assignment requirement, however things happen and life makes you look at the future differently.
I wrote those goals with the assumption that I would continue on in academia. I hope to continue in nursing education in some form or shape. But often my tunnel vision keeps me from seeing all the opportunities out there for me to shape and support the nursing profession, using the skills and talents I have.

My skills and talents include the ability to teach, teach well, I think. To support and mentor others. To embrace innovation and find ways to integrate it into my practice- that’s obvious through my simulation interests and development of informatics curriculum. I think I am a pretty good leader- that is I am very self-reflective (I have been told some times, “too self-reflective!”) and aspire to a servant-leadership approach at my best. I have to take the time to reflect on these and other strengths occasionally and be open to all the different ways I can use these skills and talents.

I will admit I am looking forward to a sunnier climate in the future. But who knows where the future will take me.

I recently updated this site (even more) with some examples of my simulation academic work. Mostly “homework” I feel pretty good about. Enjoy.

This “blogfolio” was created as a result of an assignment in my faculty role seminar class. One requirement of the assignment is to include scholarly and service goals. So let me talk a little about my 5 year goals.

It’s hard to look at the 5 year plan of your life when you are buried deep in the work of getting through PhD course work, plus working a full time teaching gig and serving in a leadership position at the college.  But I do have some ideas about where I want to see myself in those areas.

As far as my scholarly goals, I intend to be finished with my PhD and its research by 2018. I am still not sure what my research will look like, but there are 3 things I want to look at- to survey programs around the country to see what their practices are regarding pre-briefing, development of a framework and pilot testing it. Once I finish my PhD,  I anticipate a transition into a different teaching setting. I may have to then develop more concrete research goals depending on the type of institution I wind up at. I hope to continue my trajectory in simulation research, nursing education research and be part of the establishment of standards and best practice in regards to pre-briefing.

My lifelong dream is to write to disseminate and bring research to nursing education practice.  Before I ever thought of becoming a nurse, I was an English major. I loved to write and realized at one point, I could write in any profession. As a result, I hope to see myself published in ways that are not just research based journals, but in ways like this blog and perhaps even in a column in a journal. I hope to have opportunities to present material at conferences as I go along in my pathway.

My service goals include increased presence in organizations that support nursing education, simulation and technology in nursing education. Once my life becomes more manageable, I would like to pursue leadership positions in these organizations. I would like to continue to be involved in textbook review and eventually be involved in writing some chapters.

My life 5 year plan includes personal goals, too. I hope to see myself relocated to a new location- with more sunshine and closer to the ocean. I would also like spend the year after my PhD is finished to train to climb Mt Rainier. Well, to Camp Muir. With a guide.  Another personal goal is to hike the Pacific Crest Trail with my husband.

Many of my blog posts are just class assignments I felt pretty good about and want to share. This one is a discussion board response to the prompts in italics for my faculty role seminar class. 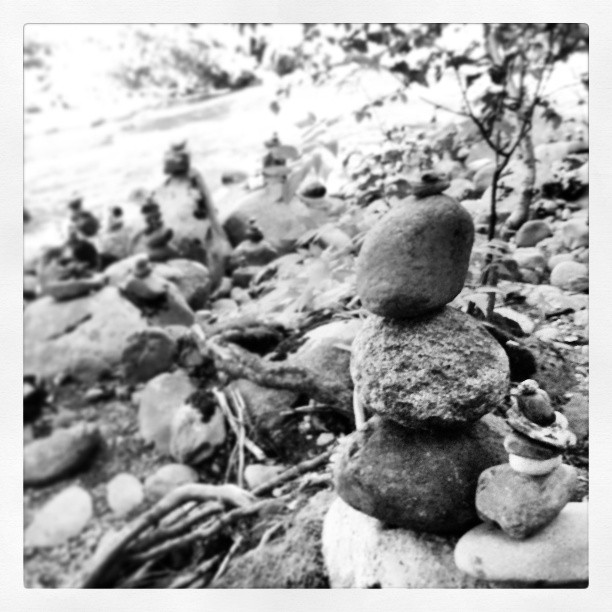 What suggestions do you have for effective lecture preparation (you can share your own experience if you want):

My first response would be “Don’t do it!” Lecturing is a very effective delivery method of content and some research shows students benefit from the lecture approach with higher achievement test scores in some settings (Schwerdt & Wuppermann, 2011). On the other hand, most proponents of adult learning theory will tell you that lecture in the “sage on the stage” model, is not as effective with the adult learner, especially if delivered in a 3 hour block as this discussion prompt requests (Lowe, 2011).  The adult learner is able to “pay attention” in about 20 minute blocks which presents challenges when, as we in nursing often have to do, there is a large amount of information that must be presented- as in this case, within 3 hours (Lowe, 2011).

So what is the solution and the advice to the novice educator? END_OF_DOCUMENT_TOKEN_TO_BE_REPLACED